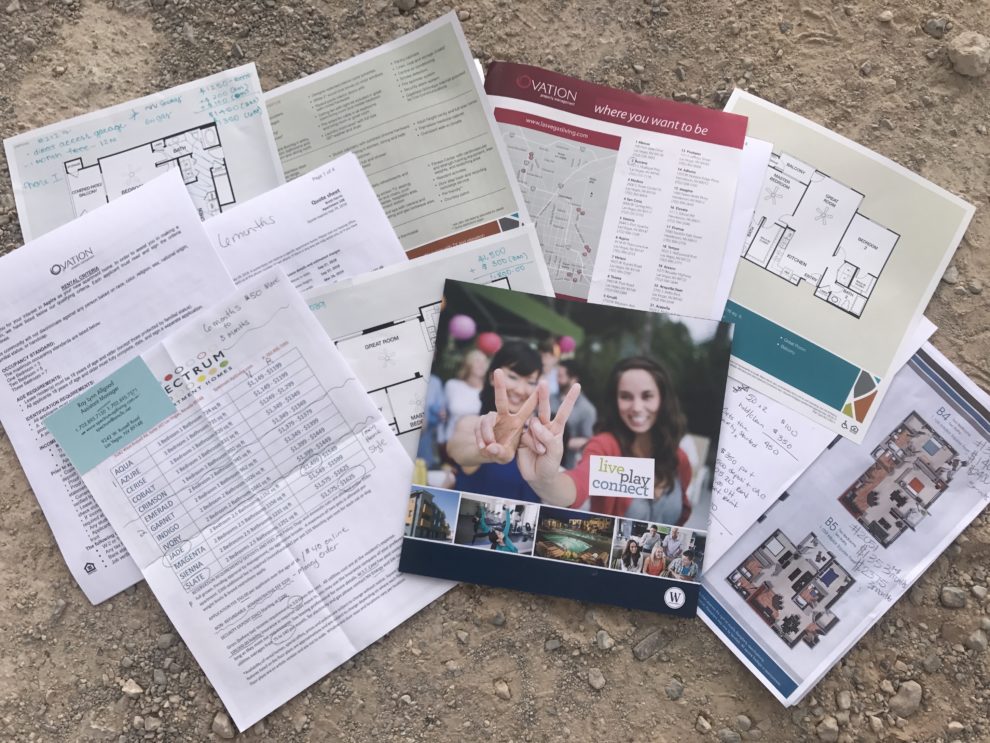 We’ve been apartment hunting in Las Vegas for three days now and are already about to give up. We were close to moving forward with an apartment that looked good on paper. We even filled out our application and asked them to hold it. It was two years old, had no history of water damage and was located on the edge of the city. Unfortunately, when I actually went to take a tour, I felt unwell. Just a few minutes in the unit made me nauseous and gave me a headache.

We continued our search. The options seem endless! There are so many apartment complexes in Las Vegas and we are so sick of sitting in smelly leasing offices. Everyone has air fresheners and wears perfume or cologne here!

After our first choice didn’t work out, we stopped at another complex that looked promising. I felt good in the area. The apartment was a-year-and-half old. I felt better in there than I had in any of the apartments we’d looked at previously. Our only concern was that, despite being a-year-and-a-half old, it was still quite fume-y. The new carpet and vinyl must still be off-gassing because the smell was strong. I didn’t feel it triggering any symptoms so we decided to apply. We figured we could air it out, vacuum with a HEPA filter and get a high quality air purifier.

We wanted a three month lease, because when you’re doing mold avoidance, it’s best not to commit to anything longterm. Unfortunately, the leasing agent told us the shortest lease they could offer was six months. We were so eager to be done with the search that we decided to apply anyway.

Only afterwards did we start having second thoughts. Sure, I didn’t feel bad in there… But is it really going to be healing for me to be spending hours and hours and days and days in an apartment full of VOCs? Are we just taking it because we’re tired and hot and desperate to be more settled? Is it really wise to lock ourselves into a 6 month lease when we don’t know what kind of effects the fumes might have on my health after prolonged exposure? The more we thought about it, the more it seemed like a really bad idea.

That evening, we returned to our campsite a little earlier in the hopes of having some time to rest and think. Instead, we returned to find that a problematic RV from Oregon had parked in the spot right next to us. It was the only spot in the entire campground that was side by side with another site. There was nothing to divide our campsites besides a line of small rocks! The RV was a really cute painted Airstream, but that didn’t stop me from feeling the brain squeeze (one of my early warning signs of mold exposure).

The rest of the campground looked full, so we drove back into the city to try and figure out what to do. I texted my family to ask for prayer. We eventually decided to go back and ask the camp host whether we could park in one of the no-camping areas for the night. When we arrived, the camp host had just gone off duty. Just our luck!

Then I noticed a text from my mom, saying that my parents had sent us gift so that we could stay in a hotel. Yay! An easy and comfortable solution! We drove back into the city and started calling hotels only to find that they were either already full or didn’t allow pets.

After about an hour, we finally we landed at a Best Western that had rooms available and allowed pets. But as you might expect for such an unlucky day, the Best Western smelled like a Febreze factory and was not safe for me mold-wise.

We returned to the campground defeated. Maybe there was another open spot we missed? Sure enough! There was! More than one! We payed for a second campsite and slept there.

The next morning I was so discouraged that I refused to visit any apartments. I was sweaty, felt terribly gross and was tired of being in the hot van and testing apartments. A phone call with my parents and a delicious green juice from The Juice Standard gave me the strength I needed. I summoned the courage to look at one more apartment that afternoon. It seemed okay enough. I didn’t react to it and it didn’t smell quite as bad as the others, but when we went to apply, the move-in fees were outrageous. It would come out to $6,500 dollars just to live in that apartment for 3 months.

That was when we started to question everything. Why would we spend that much money for a less than ideal living situation? Is it really worth it? What else could we do with that money?

We started talking about looking for an Airbnb in a more healing location. When we searched the internet, we found that some Airbnb’s in small towns and remote locations were indeed comparable to a three month lease in Las Vegas. That gave me hope. Maybe there’s a better solution!