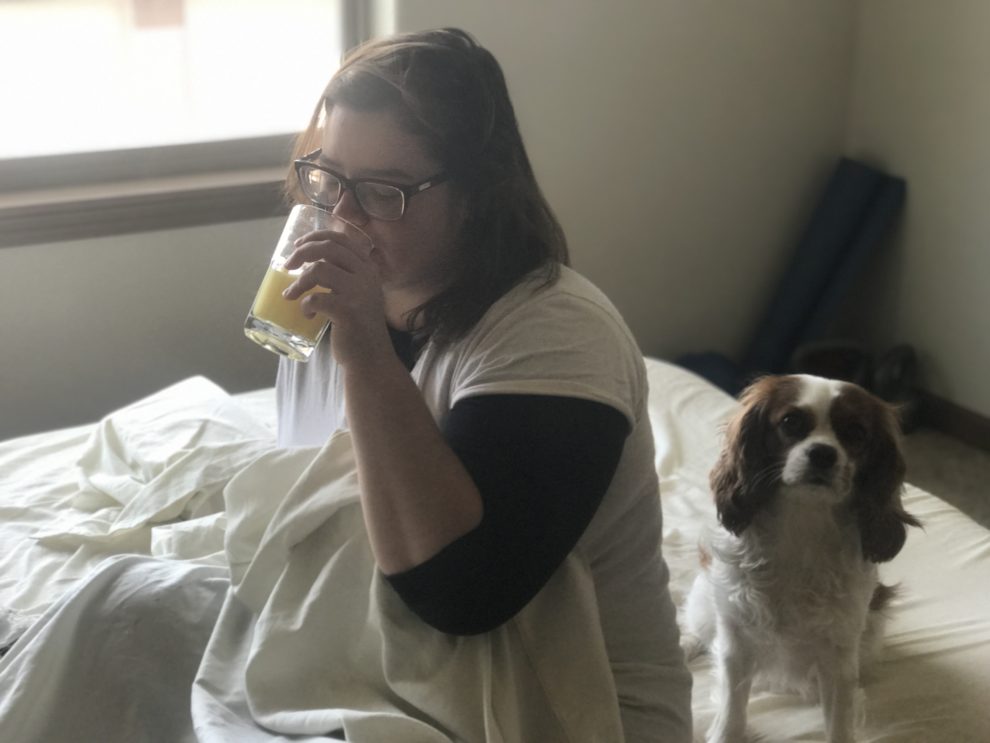 I’m so sorry you didn’t hear from me last week. I’ve been battling increased pain, nausea, headaches and fatigue. It got bad enough that I had to miss pilates and swing dance class. Then it got so bad that I started spending lots of time in bed during the day.

Compared to where I was a year ago it hasn’t been that bad, but it’s really difficult to feel ill again after doing so well for several months. I had finally stopped thinking of myself as the fragile sick girl, which has made the worsening symptoms even more demoralizing. Many of these days I’ve felt discouraged, aimless and lonely.

But today I have more hope. I feel like we’ve gained some clarity about what’s going on and how to move forward. The first step was just accepting the situation. I had to finally admit that I was going downhill and that I needed to rest more and figure out what was going on.

I asked friends to pray and experimented with spending more time outdoors and sleeping in the van. It became clear that I felt worse in the apartment. I really don’t think our apartment has a bad mold issue but it seems that my system got sensitized to something in the apartment. So, we’re looking at moving into a different apartment in the same complex while I try to get my reactivity back down.

We also talked to our friend Sara Mattson who has been down the mold illness road before and she suggested it might be the right time for me to try Cholestyramine, a medication that binds to mycotoxins in the body. My doctor prescribed it back in March but I never took it. I made such astounding progress with mold avoidance that I decided not to worry about detox treatments. But it makes sense that exercising (and starting to lose weight) has probably mobilized toxins that are still inside me and that mopping those up would help.

So, I started on the medication last night… and guess what?! I saw almost immediate results! After my first dose, I got an awful headache that lasted about an hour but then I started to feel much, much better. I didn’t expect such a quick response! It was so nice to have the that reassurance that we’re on the right track! I’m also doing infrared sauna treatments at a local spa to help with the detoxing. I’ve come so far and I’m not about to give up just before I reach the finish line. I’m still shooting for a 100% recovery!