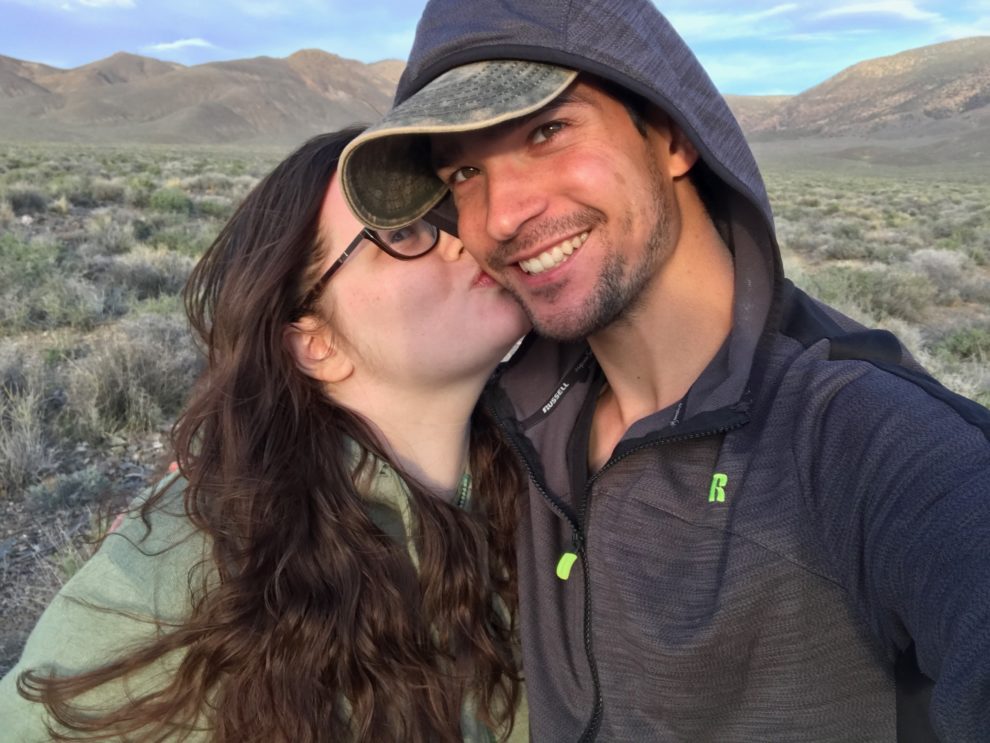 Why I Chose Mold Avoidance

I titled this page “Why I Chose Mold Avoidance” but perhaps it would be more accurate to say that mold avoidance chose me. Truthfully, pursuing avoidance was not a decision that I got to make, it was forced upon me by my circumstances.

You see, after three years of intense Lyme Disease treatment I had made about a 50% recovery. We had been living with my parents during this time and finally felt like we could handle living on our own. In September of 2016 we moved to Portland, Oregon.

Tragically, our beautiful new apartment building suffered a major leak that lead to toxic mold growth. Not only that, we were living only a few blocks away from Laurelhurst Park, a park whose pond has a serious cyanobacteria problem. Sadly, we knew nothing about these toxin producing organisms that grow on stagnant water and had no idea that they could be harmful.

During the move, I started getting new symptoms that I had never had before: hives, facial swelling, throat swelling, and difficulty swallowing. I was reacting to everything: foods, chemicals, cleaners, essential oils, beauty products etc. I even reacted to the oven and the smell of certain foods. No amount of avoiding triggers seemed to help. My body always found something new to react to.

It goes without saying that we consulted with my doctor about this immediately. The first suggestion was a basic elimination diet that might help us to identify a food allergy. We were already doing that however and hadn’t come up with any answers. There were dozens of trigger foods! This was not a simple allergy.

After talking some more, my doctor suggested that Histamine Intolerance could be causing my symptoms. She told me that a small subset of the Jemsek Clinic’s patients had developed this problem and they were still doing research on it.

I implemented her suggestions and started a low histamine diet along with three antihistamines and supplemental DAO. It helped a little at first but it wasn’t long before my symptoms got worse again.

Looking back, I believe my doctor was right that I had Histamine Intolerance/Mast Cell Activation Syndrome but she missed one important piece. What was causing the histamine problem to develop at this particular point in time? Was it the Lyme Disease suddenly acting out in a new way? Or could it be something else?

I don’t blame her though because as I did more research into Mast Cell Disorders, I found that even the mast cell experts couldn’t answer this question. Sadly, I wasn’t surprised. Many chronic illnesses, autoimmune diseases and neurodegenerative conditions have no known cause. They are groups of symptoms that appear together and have been given a name along with diagnostic criteria. In some cases, the disease mechanism has also been identified.

It’s a good start, but it’s certainly not enough for those who are suffering now. Understanding a disease’s mechanism can only give us clues about which medications might help to control symptoms. It can’t do anything to help us solve the underlying problem.

One thing was certain, I wasn’t going to start getting better until I had identified the root cause and started looking for ways to address that. Because of this, histamine intolerance started to feel like a dead-end diagnosis.

I continued on the low histamine diet and was still using antihistamines for the reactions, but I started to wonder whether the mold in our closet could be contributing to my issues. My sister-in-law told me more about her experience with toxic mold and it really matched up with what I was going through. So, we tried sleeping in the living room and it helped a tiny bit. I also noticed that I felt a little better when I wasn’t in our apartment building.

This prompted me to start looking for more information about mold and chronic illness. I had heard in the past that many Lyme patients have trouble detoxifying mycotoxins. At the time, I didn’t really think it applied to me. I didn’t know that mold could be completely hidden inside of walls or that in bad locations, outdoor toxins could be just as big of a problem as indoor toxins. For example, it’s been documented in the literature that Roundup disturbs the microbial balance of the soil, allowing for the overgrowth of the toxin producing mold fusarium. There’s at least some evidence that other chemicals, such as flame retardants, can also disturb the environment in a similar way.

I started learning more by examining some of the research that Dr. Shoemaker had done on the subject of Biotoxin Illness and eventually stumbled upon the Paradigm Change website. I joined the Mold Avoiders Facebook group and started reading The Beginner’s Guide to Mold Avoidance.

When I stepped into the online world of mold avoidance, I encountered some pretty dramatic chronic illness recovery stories. Now, to be clear, I’ve never been one to chase down a rabbit trail whenever I hear an anecdote about a successful treatment. However, I also do not believe that anecdotal evidence should be ignored merely on the basis that “it’s only anecdotal.”

I believe that anecdotal evidence matters a great deal to those who are suffering from mystery illnesses, because it provides us with clues as to what science might uncover in the future.

Of course, common sense is still necessary in evaluating which anecdotes merit further investigation and which ones we can disregard. The sources of the anecdotes matter, as do the number of anecdotes that point to the same phenomenon.

Let me give an example. Several years ago, I heard from two different people that Plexus Slim helped them in their fight against Lyme Disease. In both cases, I had reason to believe that they were selling the product and had a conflict of interest. Plus, I had only heard two stories and both came from people I knew nothing about. I chose not to investigate further. Later, when two more people mentioned Plexus, I was suspicious but decided that maybe a quick google search was in order.

After reading about it, I decided that no further investigation was necessary. Why? Because most of the ingredients aren’t anything you can’t get somewhere else, because some of the ingredients have the potential to be dangerous, because the company was making weight loss claims that didn’t stack up to science and most of all, because one of their products was found to contain the drug 1,3-dimethylamylamine. The sketchiest part was that this dangerous ingredient was undeclared on the label.

It only took me about 10 minutes to decide that the anecdotes about Plexus did not merit further investigation. I could ignore them and not worry that I was missing out on something amazing.

When I joined the Mold Avoiders group, however, I found myself face to face with a mountain of anecdotal evidence that could not be ignored. There were dozens of anecdotes from intelligent and articulate people of many different backgrounds, all pointing to the same phenomenon.

Here was a group of patients that had recovered from a variety of severe chronic illnesses by following the same mold avoidance protocol that Eric Johnson had used to recover from his ME/CFS in the 1980s. There wasn’t a ton of hard science to back it up, but there was overwhelming evidence that this was a phenomenon worth looking into.

New people were repeating the same experiment over and over and getting the same results. People from all different backgrounds had gotten their lives back: military, business, science journalism, biochemistry, exercise science etc. These were not unstable gullible people and they weren’t making definitive claims about things they couldn’t possibly know for sure.

Instead they were carefully collecting data, engaging in reasonable discussion, and begging for science to take a look at their phenomenon. Eric Johnson, who was the first to discover the power of avoidance, had already contacted dozens of researchers and doctors hoping to spark someone’s interest in studying it. No one was hiding from science here.

Eric Johnson and Lisa Petrison had written a book, explaining the phenomenon and detailing how others suffering from chronic multi-symptom illnesses could repeat the mold avoidance experiment. The approach was logical and full of common sense. They weren’t asking me to immediately throw out all of my possessions and go camp in the desert for 8 months.

All they were suggesting was a two week experiment. They called it a mold sabbatical and outlined it in detail. I would leave my possessions behind, travel to a place with pristine air quality and decontaminate every time I was exposed to mold. The goal was to explore the extent to which biotoxins could be contributing to my illness.

Why wouldn’t I want to test their claims? By this point, my reactions were becoming life-threatening and the antihistamines had stopped working. We needed to do something fast! I desperately wanted to see a doctor who could diagnose me and start me on the Shoemaker Protocol.

Unfortunately, the mold specialists I wanted to see were all scheduled far into the future and my symptoms were getting dangerous NOW. It was these desperate circumstances that forced me to start doing avoidance, and now barely over a month later I can see that they were really a blessing in disguise.

When I started mold avoidance, my story began to play out almost exactly the way the mold avoiders had predicted. At first it was really hard, then my sensitivity began to increase even as I started to feel much, much better. It was almost scary how similar my experiences were to the pattern that Eric and Lisa had described. Everything they said was true! Symptoms were going away! Including Lyme symptoms I’d been struggling with for years. I finally felt like I was gaining control over my illness.

After that, it was only natural to continue doing avoidance. Honestly, I don’t think I could stop doing avoidance even if I wanted to. I’m still very reactive and going back to life in civilization would be really dangerous at this point. Thankfully, I am making astounding progress and wouldn’t want to stop even if I could.