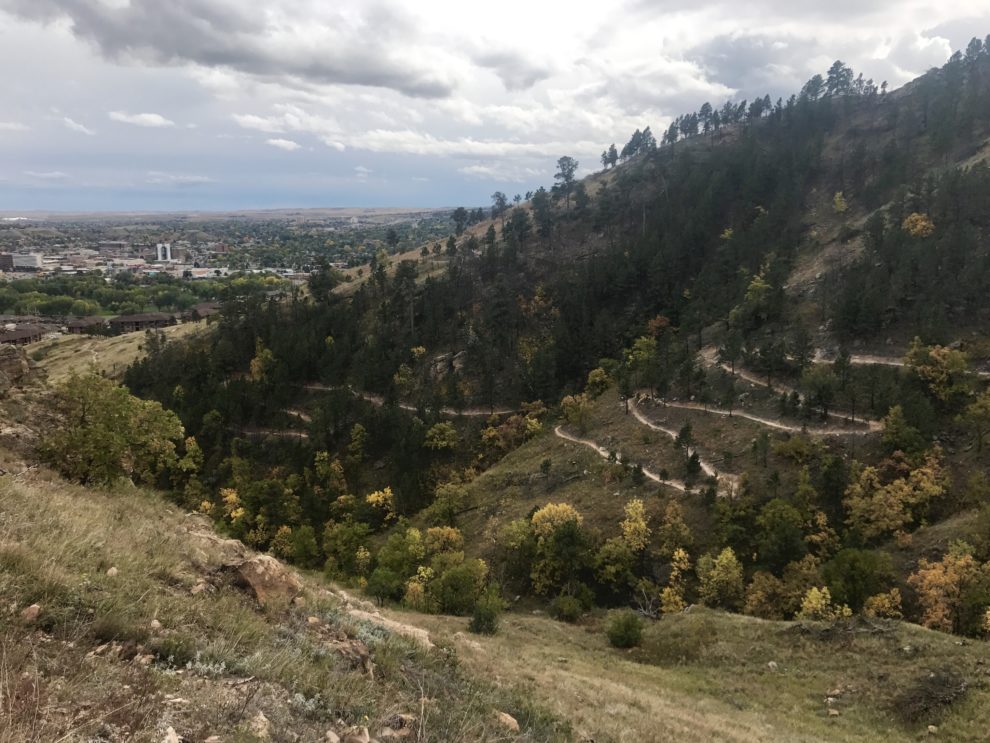 We set out for Rapid City on Tuesday evening and spent the night in a truck pull-out near Lusk, Wyoming. I felt great there and slept really well. Then on Wednesday morning we drove into the Black Hills. We prayed that God would make it clear whether or not we should stay in the area for the winter. He answered that prayer, though not in the way we hoped. I started to go downhill when we reached Hot Springs and continued to get worse as we approached Rapid City. There was no mistaking it with the nausea, joint pain, liver pain, headache, brain fog, depression and anxiety.

We drove into the city anyway, hoping for some change, but things did not improve. It was obvious to both of us that the Black Hills are not clear enough for me to continue healing at this time. Heartbroken and discouraged we turned around and headed back to Wyoming.

It’s painful to think that we will have to leave (at least temporarily) the place that was finally beginning to feel like home. Even worse is saying goodbye to my sister and brother-in-law who just moved there and the new friends we made this year. It makes no sense that God would allow this to happen at this point, and we haven’t really been able to process that yet.

On the drive back, we listened to Genesis 37-50 and found comfort in the story of Joseph. He was sold into slavery by his envious brothers and eventually worked his way up to become Potiphar’s steward. Just when things were starting to look more hopeful for Joseph, he was falsely accused and thrown in jail. He spent three whole years in jail before he was miraculously delivered and placed second in command in Egypt. Even then, it was another seven years before he was reunited with his father. It was reassuring to remember that, sometimes, God’s plan doesn’t make sense until many years later.

Even though our circumstances stayed the same, my symptoms quickly faded as we drove out of the Black Hills. It’s hard to believe that location can have such a huge affect on me! Pristine air is so amazing that it can temporarily override the worries of having no place to live. I fell asleep quickly and slept deeply last night. I woke up bursting with energy and conquered the laundry even more quickly than I normally do. Then we spent the rest of the day looking for housing in Wyoming. We’ve had no luck to so far.

Everything is up in the air right now and we have no idea where we’ll end up for the winter. I have this sneaking suspicion that we’ll be forced to go south again but we’re not giving up on Wyoming yet. I think, at this point, we’d go anywhere that’s clear enough for me to keep healing this winter and convenient enough for Brett to keep up with work. It’s starting to get cold and we’re not coming up with any options.

Whenever I feel discouraged, I remind myself that my reactivities are no longer life threatening and at least we’re not shivering in the front seats of a tiny rental car and sleeping on the side of the road. That’s something to be thankful for! I’ve come a long way, and realizing that slacking off on avoidance leads to setbacks was an important step in the healing journey.