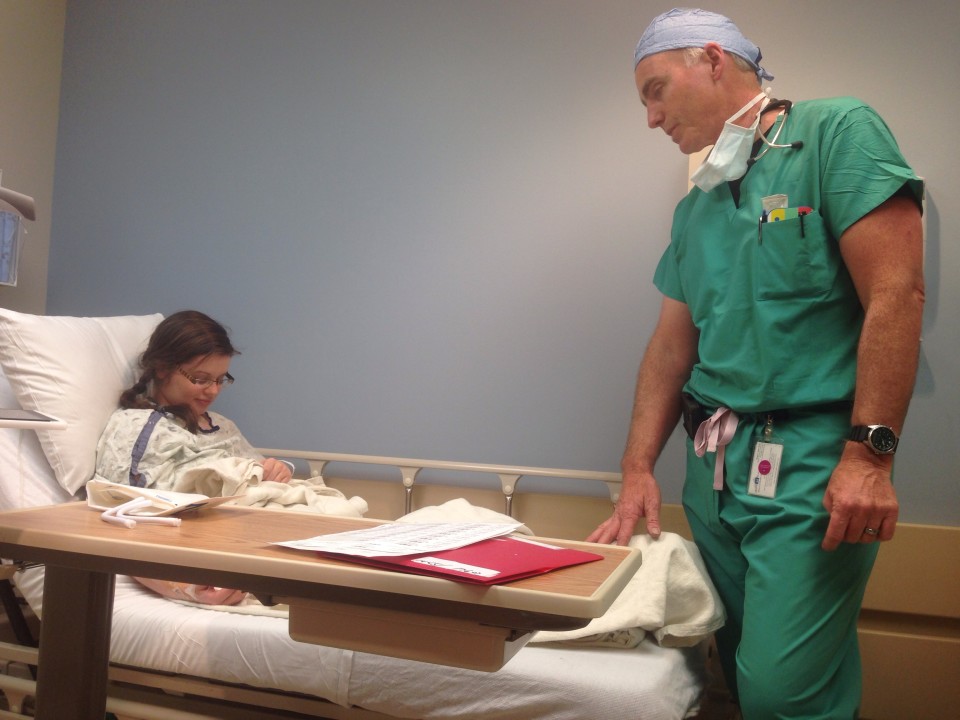 A “normal” person might imagine that having a chronic illness is kind of like having a perpetual stomach bug or flu. I don’t blame them. It’s only natural for us to use our own experiences to try to understand another human being’s experiences. It makes a lot of sense to take the memory of a short-term illness and multiply it by several years to try to put yourself in a chronically ill person’s shoes.

I think people who do this can understand chronic illness sufferers a lot better than those who don’t even try, but there are a lot of ways in which this idea breaks down and can even cause problems.

No one wants to get stuck in a perpetual state of dependence on others. No one wants to lose their ability to work hard, exercise and be productive. Working and creating and serving others imbues meaning and purpose into our lives. Losing that ability is not the equivalent of a multi-year vacation.

People sometimes say things like, “It must be nice to have so much time to rest.” And I guess it makes sense. It’s only natural to assume that laying in a warm bed would be a restful activity. It is for most people. How would they know that laying in bed with a chronic illness is a lot more like being in prison than it is like enjoying a long vacation?

The truth is, it can be impossible to rest when every nerve in your body is pulsing with unpleasant sensations like pain and nausea and numbness and tingling and itchiness. There is no peace in such a world. I spent my days playing games on my phone to distract myself from a body that was screaming in agony. No one else could hear the screaming but it was hard for me to hear anything else.

I played games on my phone because I couldn’t sit up to play them on my computer. I picked simple games because my head was muddled and I couldn’t think. I played them with the sound turned off and the screen brightness on the lowest setting because my nervous system was so vulnerable that anything more would be overstimulating. In those days, even falling asleep was a huge battle we had to fight with drugs and foot massages and so-quiet-you-could barely-hear-them lullabies.

I couldn’t watch movies for a long time both because of my psychiatric symptoms and also my light and sound sensitivity. Yes, it is possible to be so sick that you can’t even watch movies. Chronic illnesses like Lyme Disease, ME/CFS, Fibromyalgia and autoimmune diseases can affect every body system. It’s not like a passing infection with miserable but distinct and limited symptoms. It feels like your whole body is shutting down.

Even the brain is not spared. Thinking and conversing take more effort than you ever thought they could. I often described it as swimming through peanut butter. Reading can be impossible. I couldn’t read for most of my illness. Nothing sticks. Your memory starts to go. Writing one email can take days or weeks. I couldn’t write for most of my illness. Sometimes I couldn’t even send short texts. Chronic illness can rob you of the ability to do even the simple things that people normally do when they are suffering from a short-term illness or injury.

To make the experience even more puzzling to outsiders, abilities often come and go with the ebb and flow of symptoms. How come she could go out in her wheelchair last week but now she can’t even watch a movie? How come she wrote me a letter last month but now she isn’t replying to my texts?

Chronic illness isn’t static and symptoms are frequently worsening and improving and worsening again. Just because you could write a letter yesterday doesn’t mean you will be able to write a letter today. Just because you visited for half an hour with someone yesterday doesn’t mean you’ll be able to visit with someone today. In fact, if you did something mentally or physically draining yesterday you’ll probably have even less energy to work with today. You have to be careful when you’re dealing with such finite energy. Your batteries don’t get recharged with each new day. Push yourself too hard mentally or physically and you could crash big time.

People understand illnesses where you gradually recover. They also understand serious illnesses where you gradually die. What is a little harder to understand is a body that gets stuck in that valley between life and death for years on end. Someone who has an illness that takes them to the edge of death repeatedly. Someone who creeps back toward life and enjoys good days only to be thrown down again.

That’s okay. It’s almost impossible to understand chronic illness completely if you haven’t lived it but I hope my words have helped a little. Chronic illness patients often complain that friends and family don’t understand and don’t offer the support they need. But I sometimes wonder if this is, in part, due to the fact that our illnesses have robbed us of the ability to communicate effectively. Perhaps it is not that our friends and family are unwilling to support and listen. Maybe it’s that we are too sick to explain our plight in a compelling way. Too sick to even identify what we need and want most.

It is my hope, as a recovering chronic illness sufferer, to lend my voice to those who are still stuck in aching bodies and clumsy brains. So that those compassionate souls who want to help can understand how to put themselves in a chronic illness sufferer’s shoes. And so that those who are sick can learn to give grace to those well-meaning people who often say such insensitive and painful things. It is my hope to write words that will help to build bridges between the healthy and the sick.