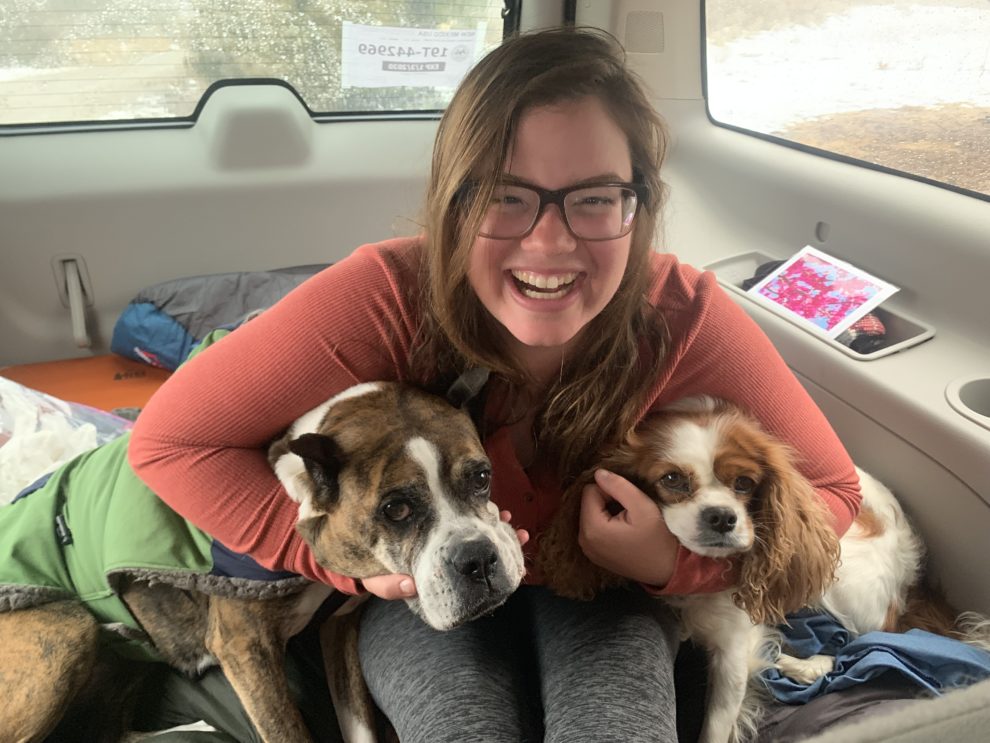 If You’re So Healed, Why Do You Still Have to Avoid Mold?

The simple and most honest answer to that question is: I don’t know exactly why, I just do.

Some people might lean towards the side of believing my body is the problem. Something about my body is broken. Maybe I have bad genes that make me a poor detoxifier. Maybe my immune system is jacked up and overactive or maybe my limbic system is misidentifying benign substances as threats. After all, most people can tolerate environments that would cause me to relapse quickly.

Other people might lean towards the side of believing that the environment is the problem. Industrial waste, nanoparticle pollution and man-made chemicals are upsetting the microbial balance of our earth and causing molds to become more toxic (as they are processing and interacting with the pollution). After all, we live in a country where radioactive waste from the oil industry is used as a de-icer, fertilizer runoff is feeding toxic algae blooms, and nanoparticle pollution is a growing concern. There’s no question that chronic illness is on the rise. The LA Times even published an article about how “Millennial’s escalating health problems raise economic concerns.”

I’m somewhere in between these two explanations. Most days, I believe my body IS broken but not because anything is fundamentally wrong with it. My body is broken because of extended and repeated exposures to particularly problematic toxic molds (and possibly other toxins). Now my body is hypersensitive to certain kinds of toxicity, even in amounts that don’t cause problems for most other humans. This all happened because the environment really is becoming more toxic. I may also have some predisposing factors but I don’t believe the human body malfunctions for no reason.

I do think certain buildings and locations are objectively toxic and harmful to all people (most likely because of things careless and greedy humans have dumped into the environment.) This however, does NOT mean that, if I am doing poorly somewhere, I automatically assume the place is horrible and dangerous.

No. I just acknowledge that the place is over-tolerance for me on that particular day, at that particular point in my recovery. I can try again another time. My reactivity level does change and I can now tolerate many places I couldn’t have set foot in before.

I wanted to share a quote from some recent correspondence because it explains the nature of my recovery and how I use my ongoing reactivity to stay well:

I’ve been able to regain an incredible amount of health, far beyond what I imagined was possible when I was laying in bed and using a wheelchair. I am fully functional, full of energy and symptom-free most of the time. However the recovery path has been quite bizarre and the recovery itself is still fragile. It has to be maintained in a very particular way.

In 2017, after many failed treatments and disappointments, I stumbled upon a patient community that claimed that scrupulously avoiding toxic mold had brought incredible relief from symptoms, deep healing, and even remission in many cases. That was more than I could say for any of the treatments I’d tried!

It sounded kinda kooky but I had recently developed mast cell reactions to dozens of foods, beauty products, chemicals and natural substances. It was becoming life-threatening and we were desperate. The patients seemed reasonable enough and the approach they described was easily testable. It was set up like a science experiment. We wouldn’t have to do it on blind faith. If it worked, we’d know. The doctors had failed me and I felt I had nothing to lose. So we set out to the desert without any belongings from our current (potentially moldy) residence to test the crazy theory.

The results were beyond anything we could have expected. Within 6 months I was hiking, biking, driving, cooking, eating all sorts of foods, using scented shampoo again, and feeling like myself for the first time since 2012.

When I was extremely ill I had to budget energy very, very carefully. An hour of conversation could leave me completely drained and cause a spike in pain and other symptoms. Even brushing my teeth was a ridiculously painful effort at times. Anything I wanted to do, no matter how simple, cost me. I always had a price to pay.

Thank God I no longer have to operate under such oppressive limitations! I am so grateful! My world feels enormous compared to what it was before. I do however, still have limitations. Instead of having to budget energy, I have to budget toxic mold exposures and “bad” city air exposures.

I like to think of it like a bank. When I spend a lot of time in really pristine air, usually away from civilization, I am saving money in the bank. When I go into the city (some cities are worse than others) or visit a moldy building etc. I am spending that money. If I have a lot of money in the bank, I can spend it and maintain my health. But… if I spend too much, too fast (without replenishing the savings) I can find myself in a really bad place. I don’t know why it works this way, but this is just how it is for me and for countless other patients I know who have achieved remission though avoiding mold.

It’s okay if you think this is weird or hard to believe. I think so too! I’m always doubting how all of this could be true… But I don’t have the luxury of doubting for very long because I keep running into the brick wall of reality over and over again: this is how my illness/recovery works whether I like it or not.

Maybe someday when there is more research there will be another solution. For now, this is how I have to play the game if I want to be healthy and happy.

So that’s where I am right now. I really do believe that I will be able to gain more and more resilience over time as I continue to heal and detoxify. But even if this is all I get and the limitations always remain, I will have no regrets. As I said, it’s already been more than worth it.