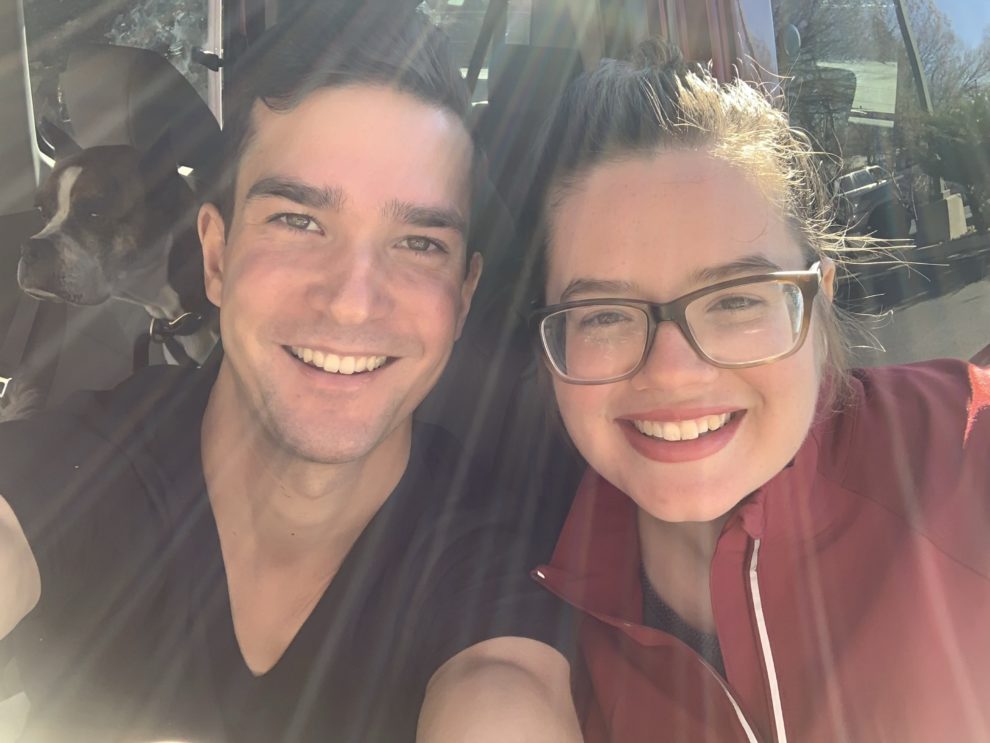 My Husband’s Perspective on Mold Avoidance

This update is from Ana’s husband, Brett. I offered to write this post because I wanted everyone to know how I feel about our adventures with mold avoidance and how I think about the various challenges this short-term lifestyle presents.

The occasion for this post is yet another setback. After losing our miracle house back in July, we quickly found another house that promised to be far better. It was a nicer house on a beautiful property in an amazing location. The outdoor air was fantastic and Ana felt great in the house. Unfortunately, the landlords were making some improvements and it wouldn’t be ready till September.

We wrestled over whether to wait on this house or keep searching. Ultimately, we decided to wait because we felt God led us to it and because the odds of finding anything else as promising seemed low. If we had to bounce around campgrounds and hotels for a month or so… we would.

Well, the move-in date kept getting pushed back as renovations dragged on. Each time we had to decide whether to keep waiting or start searching for something else. Each time we decided to wait. How could we walk away from an opportunity like this? It was a beautiful home, tucked away in a gorgeous valley, with trees and a creek and miles of hiking right outside the back door.

Not only that, but our landlords were incredibly understanding and offered to let us spend several nights in the house before signing a lease. They even offered a month-to-month lease without us even asking. To paraphrase the Emperor of China, “A house like that doesn’t come along every dynasty.” It seemed perfect for what we needed — as if God himself had built it for us.

In the end, we waited nearly four months before the house was ready. It was tough. We spent a lot of money on hotels. But it also felt like the last push… like we were on the edge of a breakthrough and were about to enter a season of rest. The house became a symbol of new beginnings and a return to normal life.

On November 3rd we arrived for our three night trial and everything began to fall apart. We’d visited the house several times over the summer. Ana had spent over an hour in the house with no symptoms whatsoever. But now, within seconds of walking in the door, she felt clearly unwell. What was going on? What had happened to our dream house?

Of course, we didn’t overreact. She had felt fine there twice before. Maybe they were burning moldy wood in the stove and the house itself was fine. We let the fire burn out and proceeded to vacuum, mop, and dust the entire house. It felt clearly better after that. Not great, but better. Maybe it just needs a little time to die down, we reasoned.

Ana slept pretty well the first night, but terribly the second night. By the third night it was clear this wasn’t passing contamination but active mold growth in the new construction upstairs. We both sensed mold in the same spots. We even had friends come over who had similar reactions in the same areas without being told what we were feeling or where we were feeling it. Most importantly, Ana was clearly going downhill, to the point where she was getting sick just going into the house to use the bathroom. This was not going to be a healing place for her to live, regardless of how much we wanted it to be.

Wednesday morning I called our landlords and told them it wasn’t going to work. As our shock gave way to disappointment and grief, we both struggled with how to explain this to others. Would people think we were crazy? Would they think Ana was crazy?

And maybe it is important to say that I am choosing this, not Ana. I am the one who decided to head back on the road after our year in South Dakota. I am the one who decided to turn down this house. Ana is not forcing this on me. From the saddest and darkest parts of her heart she told me this week, “Just drop me off somewhere and you can live in this house with a new wife.”

Let me say this again: I am choosing this. I would rather live out of a car with my wife fully alive and thriving than live in a beautiful home with her chronically ill and suffering. I would rather travel this hard road with her (however long it takes) than take an easier road without her.

I am not stupid. I know how this affects my business. I know how it affects our finances. I know how difficult and isolating it is. In almost every practical sense our lives are terrible. In fact, my brother-in-law considers what we are doing his worst nightmare!

But here’s the reality: Ana is getting better, this season won’t last forever, and in the meantime we are both healthier than we have ever been before — physically, mentally, and spiritually.

With that said, we both long for stability and rest so we can better serve others. What we hate most about this season is how much of our time, mental energy, and resources must go towards our own daily survival, when there are so many people we want to love and serve better: family, friends, business partners, team members, students, and all the hurting people out there who need to feel the love of Jesus.

We are comforted by the fact that many of God’s people have endured seasons of suffering in preparation for greater service. These hardships feel like a mighty burden on our backs. Carrying it makes us feel weak. It makes us feel useless to others. But someday we will be allowed to set it down. And once we have rested and recovered, we will find we are stronger than we ever imagined. When that day arrives… bad guys, we are coming for you. Good guys, we are coming to your aid. We cannot wait to join the fight.

In the meantime, we find comfort in the words of a song by Josh Garrels: