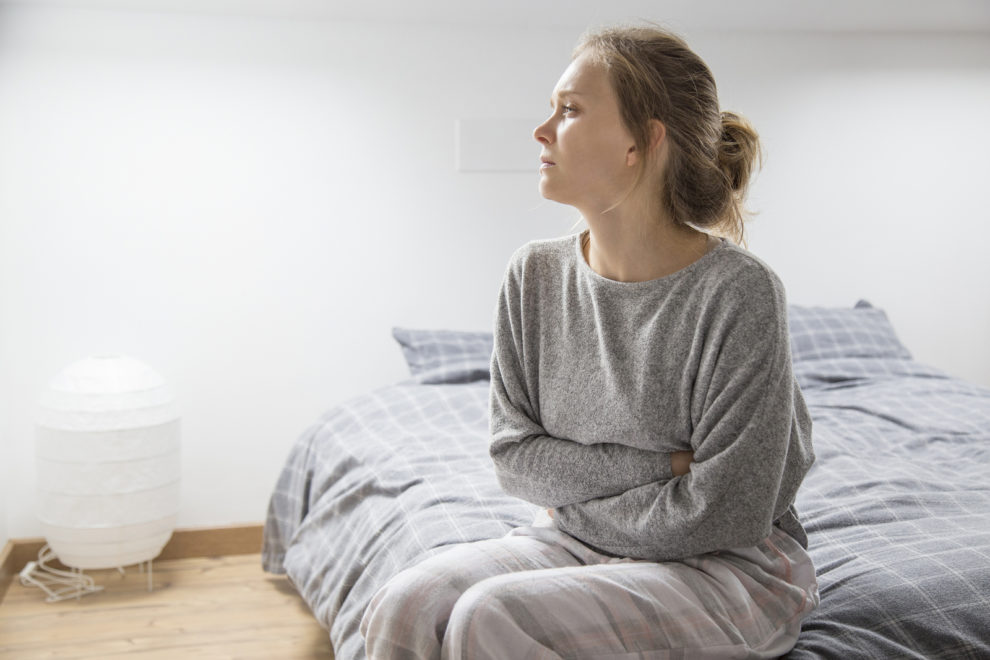 I talk with a lot of desperately ill people. They tell me their stories. And I’m angry. I’m really angry.

Precious people with the most severe cases of poorly understood chronic illnesses are treated like trash. I’m fed up with it. Why is it that those who have been dealt the most suffering on this planet are the ones with the least support? I’m sick of hearing stories of heartless and arrogant doctors, cruel and dismissive spouses, friends who label them as crazy and leave them all alone at their most vulnerable.

People are facing eviction and homelessness because they are too ill to provide for themselves and even social services is doing nothing. People are starving (yes, literally) because they are too ill to feed themselves and there is NOBODY there. Doctors would rather lock people up in psych wards than admit they might not know everything there is to know. This cannot be real. Is the world really this cruel?

Does anyone know what sacrificial love is?! I’ll tell you what it’s not. It’s not showing up only when it’s convenient. It’s not helping only those who can return the favor. It’s not labeling someone as a “hypochondriac” so you can excuse yourself and stop caring when they cry for help.

Let me tell you something…

Suppose they are crazy? Suppose they are hypochondriacs? Why would that absolve you of the responsibility to help a fellow human being God has placed in your life? If they were hypochondriacs, they’d probably need your help even more — because I cannot even begin to imagine trauma that could motivate someone to fake something like this. It would have to be something so extremely bizarre and indescribably awful it would warrant all the more tenderness and grace.

But really… who would fake this? Why would anyone want the stigma that comes with chronic illness? Why on earth would anyone pretend to have an illness that gets them nothing but disrespect, skepticism, unkindness, ridicule, and accusations? How could anyone believe these people are doing all this just to “get attention?”

I was accused of this by a neurologist just a few months into my five years of chronic illness. “You spend a lot of time taking care of other people,” he told me. “Maybe you just want people to take care of you for a change.”

Let me set the record straight. I didn’t want attention. I didn’t want my brand new husband to have to take care of me. And I can think of a hundred other painless ways to get attention a lot faster and more easily. Things that don’t involve any number of horrible limitations like being confined to bed, eating a depressingly restrictive diet, being stuck in a wheelchair, missing out on social events or being isolated in a dark and quiet room. Things that don’t require painful procedures, expensive surgeries, loud MRI machines, midnight ER visits, IVs and blood draws.

How about singing at the top of your lungs at the shopping mall? How about driving an ostentatious vehicle? How about making up a story about meeting a famous person? How about taking your pet snake with you everywhere you go? How about running down the street naked? If you want attention, there are easier ways to get it.

If a few days off work, some coddling and a bowl of soup is what you’re after, a fake flu will do just fine. There’s no reason to put yourself through hell and arbitrarily suspend your productivity for years to come. Don’t you know that it’s human to want to be productive? To have deep relationships? To engage in society? To contribute something meaningful to the world?

Do doctors think they are so important and wonderful that all these emotionally disturbed people are desperate for their attention? What?! That is the height of arrogance!

What are you offering that you think we want so badly? I have news for you: going to the doctor is generally unpleasant, even for healthy people. It’s not somewhere people go for comfort. Do you think we get the warm fuzzies when you ask us to step on the scale, listen to our hearts and squeeze the blood pressure cuff ever tighter? Do you think we feel special when you ask us to describe the consistency of our bowel movements and the color of our vomit?

Do you want to know why chronic illness sufferers start sounding crazy after a while? They’re in excruciating bodily pain, their head is pounding, their brain is foggy, their vision is blurry, they haven’t had a good night’s sleep in weeks, their skin is itchy all over, they’re starving and nauseated at the same time, they’re having seizures and heart palpitations, they’re passing out and losing consciousness. They are isolated and rarely have the energy for human connection. They are alone and scared. They are SUFFERING and they are DESPERATE to make it stop. Sometimes that motivates them to try things that don’t sound very plausible to you. It probably didn’t sound very plausible to them either.

They are vulnerable. Everyone and their mom is trying to sell them some magical multi-level marketing product or one-of-a-kind supplement. The doctors who don’t dismiss them are making false promises, draining their finances dry, and eventually giving up on their case. They are exhausted and they just want the pain to stop. Do you know how hard it is to think about anything else when your body is constantly screaming at you?

If someone close to you suffers from chronic health issues, I’m asking you to stop and imagine something: What if they aren’t exaggerating their symptoms? What if it’s actually only ⅓ of what they are going through because the rest is too complicated or awkward to explain? What if YOUR body was doing this? How would you want to be treated?

Please understand, I’m not saying it’s your responsibility to fix their situation or cure their illness. I’m not saying their explanation for why they are sick is 100% accurate or the treatments they talk about are 100% legitimate. But can you at least acknowledge their illness is real (and it’s not just in their heads)? Can you ask them how to help and follow through?

I want to close with two quotes from Proverbs that have been running through my head:

Do not withhold good from those to whom it is due, when it is in your power to do it. Do not say to your neighbor, “Go, and come back, and tomorrow I will give it,” when you have it with you. (Proverbs 3:27-28)

He who shuts his ear to the cry of the poor, will also cry himself and not be answered. (Proverbs 21:13)

This is not okay. This is why I’m angry.