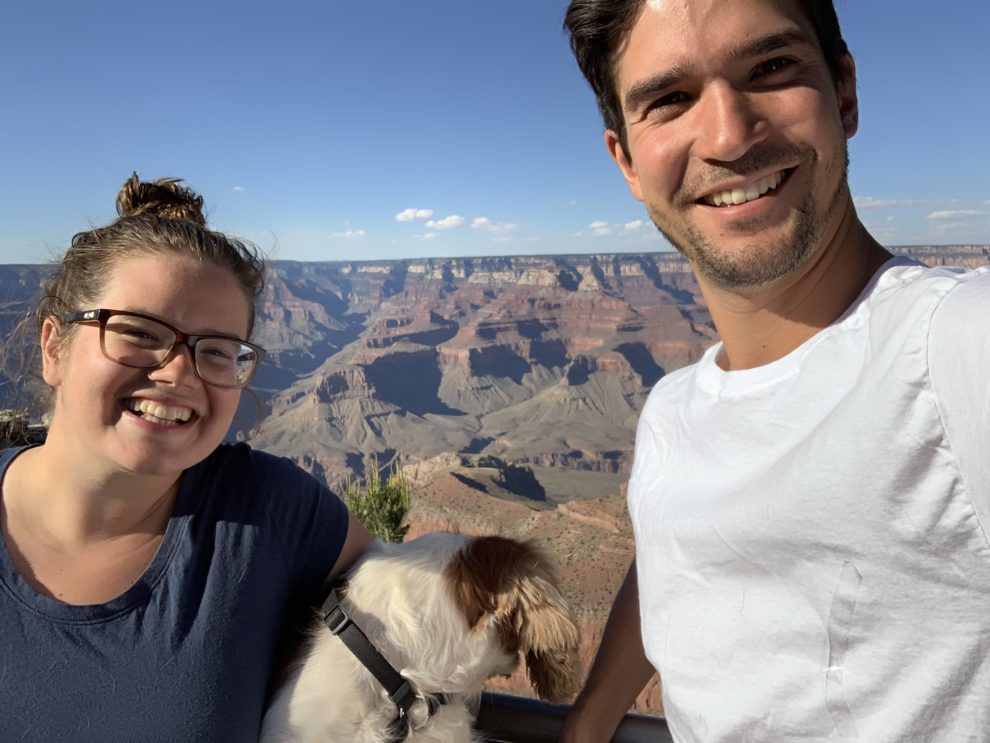 Is My Story Scary and Depressing?

I haven’t checked in to this blog in a while. The last I recall you had done mold avoidance, felt better and were moving into an apartment. I guess that didn’t work out and you built a van? How did the entire van get mold contaminated? I find this post and story scary and depressing. Fleeing hotels and campgrounds and apartments and vans. There’s no indication the new cottage will work though maybe it will. And then what? It sounds isolated. How will you work, go to school, raise a family, and participate in society?

These are some good questions, that get to the heart of some misconceptions about my story and about mold avoidance. So I wanted to respond to the comment here.

The last I recall you had done mold avoidance, felt better and were moving into an apartment. I guess that didn’t work out and you built a van? How did the entire van get mold contaminated?

Mold avoidance is an active strategy not a passive treatment. The bulk of the strategy involves spending time healing in pristine air and learning to sense problematic toxins so you can avoid getting sick again. It’s not simply a prescription for a certain number of months in clean air. It’s a skill that needs to be developed through experimentation. Which is actually super-empowering because it means you can make mistakes, learn from your mistakes and make better decisions in the future. You’re always learning and improving.

The mistake in Rapid City wasn’t moving into an apartment per se. The mistake was thinking that I didn’t need mold avoidance anymore. Instead of bringing what I had learned on the road and applying it to staying well in Rapid City, I abandoned the avoidance paradigm for something called “brain retraining.” It wasn’t too long before I relapsed, because spending six months in clean air isn’t a cure. Having symptom-free day after symptom-free day doesn’t mean you’re invincible. Certain molds are objectively harmful. Certain people are more susceptible to them than others.

When I relapsed, we chose to get back on the road because spending time in pristine air was the fastest way back to feeling good. We probably could have taken a more moderate approach and found another apartment. That was what we were going to do initially. But apartment hunting was exhausting and we knew I could heal much more quickly living in nature. We already had the van, why not use it?

How did the entire van get mold contaminated?

I haven’t talked much about how the van got contaminated. But it was another lesson that once learned won’t be repeated. It involved spending a lot of time with another mold-sick person who was carrying some rare super-bad contamination. It’s possible the exposure infected me in some way and/or sensitized me to smaller amounts of the same contamination. We didn’t know something like that could even happen. Now we know.

There’s no indication the new cottage will work though maybe it will.

This is ironic, since the cottage has not worked out. However, it had nothing to do with mold avoidance. There was every indication that the new cottage would work. We had camped in the area for several weeks. I felt great in the house. I didn’t sense any problematic molds. I wasn’t telling my body to shut up with brain retraining and I wasn’t inviting mold-sick people over for dinner. I did amazingly well in the house for the two months we lived in it and there was every reason to believe I would continue doing well. Unfortunately, the house had been on the market for 10 years and two months after we started renting, a buyer showed up.

And then what? It sounds isolated. How will you work, go to school, raise a family, and participate in society?

This last comment is the one I was most eager to answer. My answer is two-fold.

Firstly, even if I was in for a lifetime of isolation, it would still be a vastly better life than what I had before mold avoidance.

Before mold avoidance, I wasn’t working or going to school or participating in society. I was stuck in bed staring at the same four walls and ceiling day after day after day. I was a prisoner in my own body. Curled up in pain. Too sound sensitive to interact with other humans. I saw friends less than once a year and barely interacted with family. I was often too brain-fogged to carry a conversation. I was down to only a handful of safe foods I could eat without risking anaphylaxis. People stopped inviting me to weddings. The only social event I could consider attending was my own funeral.

Mold avoidance has been a journey of one gain after another. Sure, I’ve lost possessions and living spaces. But I’ve gained a life. I have a body that functions how it was designed to function. I feel good. I have joy. I can cook meals and eat them. I can walk my dogs. I can work out. I can talk to friends on the phone. I can contribute to online discussions. I can visit with my family. I can actually carry a conversation with other humans. Nobody can tell me that this life isn’t worth living. I’m happier than I’ve ever been.

Secondly, I don’t expect to live in isolation forever. This is a season. I’ve chosen to devote this season to healing because I believe it will enable me to be a better wife, sister, daughter and friend for the rest of my life. I’m only 26. I’m going to take my best shot at a full recovery.

Others have done mold avoidance in less extreme ways and still made impressive gains. I took a break from all civilization. At first, I was forced into it by the severity of my mast cell reactions. After six months, it was no longer a question of survival. Continuing to pursue a more “extreme” approach to mold avoidance was a choice my husband and I made deliberately. The bottom line is, the faster healing was worth it to us. The weeks of feel-good days were worth it to us. Not everyone has to take this approach. We chose to because we wanted to.

Science writer, Julie Rehemeyer, spent two weeks in Death Valley and returned to find a good house contaminated by possessions from a previous moldy residence. She was able to set aside her contaminated stuff, clean the house and recover by incorporating mold avoidance practices into her existing situation.

As I said, mold avoidance is a strategy. It’s a toolbox full of recovery tools. How you apply the strategy and use the tools varies based on the severity of your illness, the limitations of your situation, and your own desires.

The fact is, life isn’t going to be what we dreamed it would be when we were 16. Especially, not for those of us who fell victim to chronic illness. But that doesn’t mean it’s not a life worth living. Mold avoidance has given me the tools to rebuild a beautiful and meaningful life.

Our dream is to someday live a quiet life on our own homestead in a healthy location. We would like to have children and become foster parents. We would be far enough away from town to maintain my health but close enough to participate in the local community. Not only that, I would be skilled enough at avoidance that I could periodically travel to visit friends and attend graduations and weddings in less ideal environments. I would be strong enough to care for aging relatives when the time came. I would be stable enough to pursue bigger writing projects and other artistic ventures.

Like I said, I’m only 26. For all I know, I might have 60 more years to live on this planet. This is why I’m playing this mold avoidance game. It’s an investment into my future and into the future of my relationships with everyone I love. It’s a short term sacrifice in exchange for long term gains. Actually, when you take an honest look at where I would be without mold avoidance… it’s not a sacrifice at all.

Here I can echo what Erik Johnson, mold avoidance pioneer, has already said so clearly:

I am forced by this weird illness to spend my time hiking, biking, climbing mountains, seeing beautiful pristine places, and avoiding the toxic plumes which are rampant in “civilidevastation.” Still, it beats being dead or disabled. I’ve managed to get a lot of life back, much more than I dared hope for.