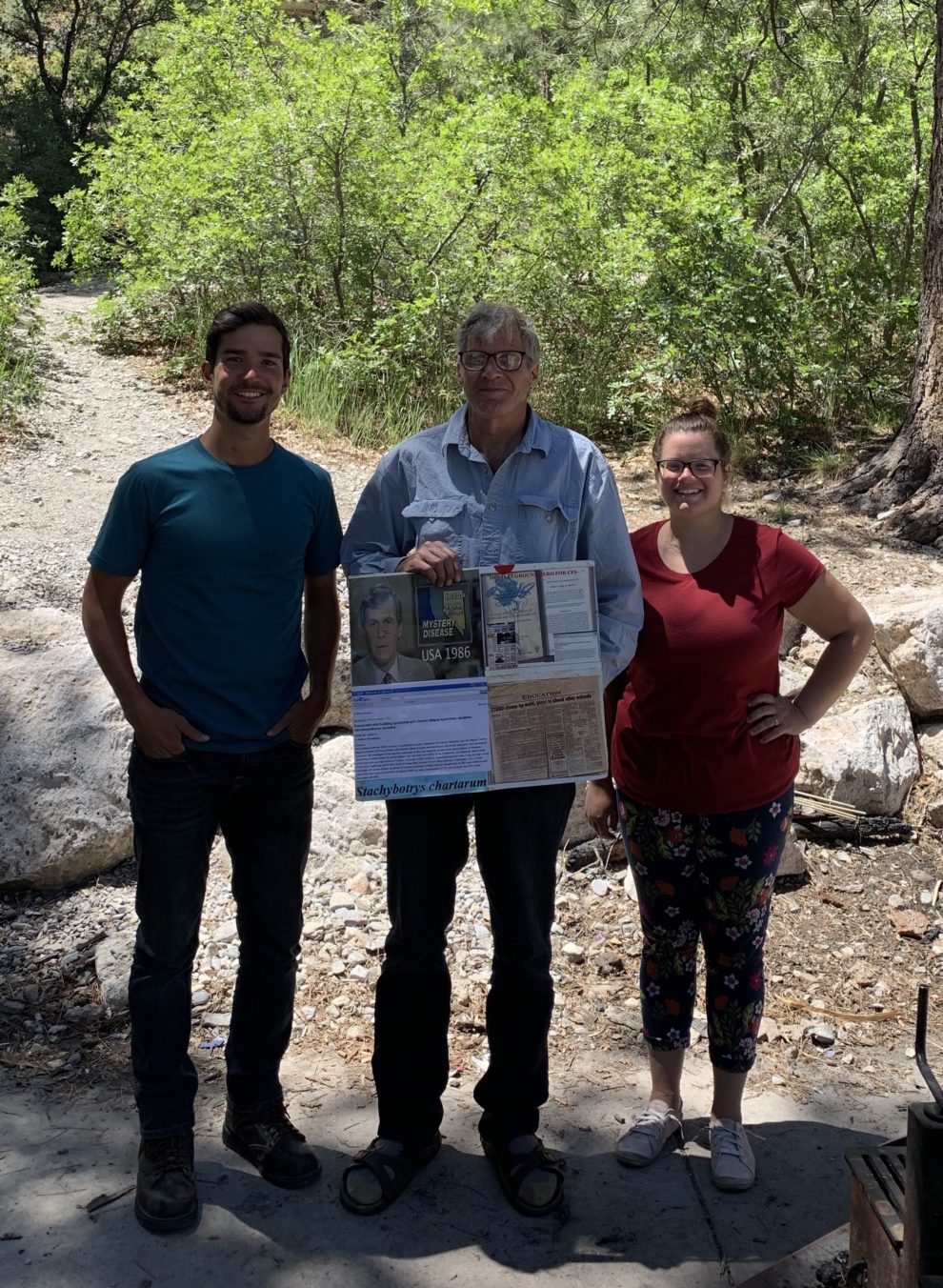 Meeting One of My Heroes: A Mold Tour with Erik Johnson

Lest my last post leave you feeling depressed, let me tell you about one bright spot we experienced in the middle of the chaos of losing our new house. We got to meet Erik Johnson! If you’re part of the ME/CFS (Myalgic Encephalomyelitis/Chronic Fatigue Syndrome) and mold illness community, you probably don’t need me to tell you who he is.

But since a lot of my readers are not part of this community, I thought I would tell you a little bit about him. Erik Johnson was one of the victims of the 1984 mystery illness outbreak in Tahoe. This was the outbreak that got the CDC to come out to Tahoe and sparked the inception of the ME/CFS diagnosis. Erik was one of the first patients to be examined by Dr. Cheney and Dr. Peterson.

From early on, Erik noticed that clusters of the illness were occurring in sick buildings. The same virus swept through the entire town but those who never recovered where the ones who were living or working in certain buildings. They were left with chronic debilitating symptoms.

Being scientifically minded, Erik conducted his own experiments and discovered that specific molds, especially Stachybotrys Chartarum, were driving his illness. By spending time in pristine air and applying the biological warfare training he received in the army to his condition, he was able to achieve full remission. Not only that, he could climb mountains! Erik’s hope was always that his incredible recovery story would get ME/CFS researchers to sit up and pay attention to the mold factor. But alas, so far, researchers have had other ideas they’re more interested in pursuing.

Researchers may have ignored him but desperate patients were more than willing to listen. Erik pioneered the recovery strategy we call mold avoidance. In other words, Erik Johnson is the reason I’m alive today.

I trust you can see why I was so excited and nervous to meet him. It‘s like meeting a rockstar that saved your life! Except he’s intelligent enough to be a famous researcher!

When I heard Erik and his friends were hosting a mold education event, I knew I couldn’t pass up the opportunity.

The event was a camp-out that included Erik giving presentations on the history of ME/CFS, mold avoidance strategies and his theory on why the molds have gotten so much more toxic since the 1980s. The last day also included experimenting with sensing mold contamination on items and a trip into town.

We went to a building that was clear (no mold), a building that had some minor mold issues, and the Grant Sawyer Building, a building known to have a serious problem with Stachybotrys Chartarum. It was really impressive to see how Erik could pinpoint the exact source of the problem in different situations. He’s developed his skills so well that he can tell if a spot feels bad because of contaminated items in the building or mold in the wall. It was also affirming to see that all of the attendees felt the contamination on the same items and in the same spots.

We all felt the poison in one way or another. I got intense chest pain and an inexplicable need to cry. One girl went into a panic attack. Another woman’s hands began to tremor. Erik got his classic heart palpitations. The exposure almost leveled me but I bounced back quickly with a shower and a clean set of clothes. Within an hour, I was well enough to enjoy a meal at a restaurant with Erik and the others.

I can’t say the event altered my approach to mold avoidance. If anything, it confirmed that my coaches and mentors have been good students of Erik and that I am on the right path to healing. But spending time with Erik did give me new confidence that I can hone my avoidance skills even more. I can learn how to maintain my health in even trickier environments. Granted, I’m not at all interested in living in a sick building or a sick region. I will always prefer to spend time in pristine nature. Nevertheless, a more normal life feels attainable. I can feel myself getting closer to the finish line!

Back From the Edge: How One Man’s Discovery Brought Him From Desperately Sick with Chronic Fatigue Syndrome to the Top of Mt. Whitney in Six Months