Today we had a film crew come to spend the day with us. They came to interview Brett about his online business and capture some footage of our unusual life. The video is going to be part of a promotion for the class that taught Brett how to do his online business. But they said we could probably share a copy on the blog as well!

So anyway, this morning we went to the gas station on the corner to use the bathroom like we always do. On our way back though, we saw a car on the side of the road with a camera mounted on the roof. That must be the filmmakers!

Brett pulled over and got out to introduce himself to the two young men. I stayed in the van. I wanted to be extra careful since I had no way of knowing whether the filmmakers might be contaminated with biotoxins that are a problem for me.

When Brett got back in the car he told me that they were getting a few shots of the landscape and they wanted to film us driving back to the ranch when they were done. So we waited for a few minutes by the side of the road and drove “home” as usual, except there was a camera following behind!

When we arrived they took a look around and started planning where to do Brett’s interview. I just rested in my chair. The south wind is still affecting me and I was really, really tired. My only job for the day was to keep it together so we could get this video made. It was kind of nice to have a good reason to take it easy.

Once they had everything planned out, Brett found me a shady spot to sit and went with the guys to do his interview. I finally had time to journal, pray, work on the blog and just sit and do nothing. I really enjoyed it!

After several hours Brett came back to rest for a few minutes while the filmmakers were getting ready for the next shot. It was over 100 degrees out and he was exhausted! He told me they had to take a couple breaks because the cameras kept overheating! And the poor guy had to sit in the direct sun for the whole interview!

The next shot they wanted was of us hand washing our laundry, so I had to be in it too. I felt a little awkward but it was a fun experience. Not the most glamorous thing to be doing for a video shoot though! Haha!

Then they wanted to get some shots of us packing up the van and then getting in and out of the van. It took a while because we often had to stop and redo things. Then we did one where I was holding our dog, Ramona. And guess what? I didn’t react to her!

After that they wanted to get some more driving shots so we got in the van and headed to the gas station to clean our bug-splattered windshield. They needed to be able to see our faces clearly through the glass.

The driving shots were probably the most awkward and I really didn’t know what to do with my face. Brett and I tried to make conversation but it’s so hard to find something to talk about when you’re under pressure. So we just ended up laughing at ourselves!

After that we headed to the grocery store to pick up some things we needed so that we could be ready to leave for Wyoming again tomorrow morning. Plus, they wanted to film us doing our grocery routine too.

It was 6:30pm by the time we were leaving the grocery store and we hadn’t had any lunch. So we grabbed something to eat before setting out to do the final few shots.

There was a lookout in town where the
guys wanted to film so we went there. First they filmed Brett doing work. Then they got out their super cool drone to film us sitting together. A robot flying in midair! It took a lot of willpower not to look at it and I failed several times. Haha! I had never seen a drone before! So exciting!

Then they did a few shots of us in the van together before calling it a night. We all thanked each other and said goodbye. They were really nice. Then Brett and I headed back to the ranch. It was 9pm when we got back and we were completely exhausted! 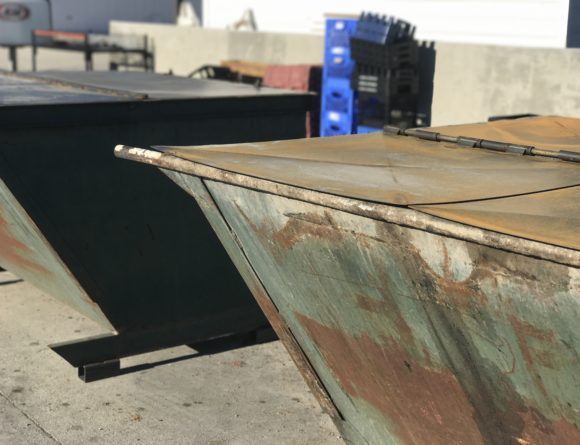